Join Ken McClure, Partner with Givens Pursley, for a discussion of the highlights of developments in the 2022 Idaho legislative session, with emphasis on how they affect businesses in general and the accounting profession in particular. 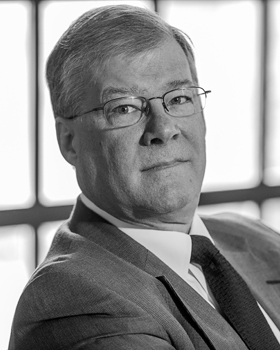 Ken acts as an advisor, lobbyist and general counsel to several companies and professional associations. He plays a key role in policy analysis, business development, public relations and the development and implementation of government affairs policies for his clients.

Ken currently serves on the University of Idaho College of Law Advisory Council. He has been an Adjunct Faculty Member of Boise State University where he taught graduate courses in Lobbying and Legislative Process. Ken frequently lectures on the Idaho Legislature and the political landscape in Idaho.

Ken is active in both civic and political affairs. He is a Co-Founder and past Director of The City Club of Boise and is a Founder of the Idaho Liability Reform Coalition. He has served on the Board of Directors of the American Tort Reform Association, a national organization supporting civil justice reform. He has held several leadership positions in the Boise First United Methodist Church, as well as with other charitable organizations.

Early registration discounts will be added during checkout on all registrations made prior to 04/17/2022.